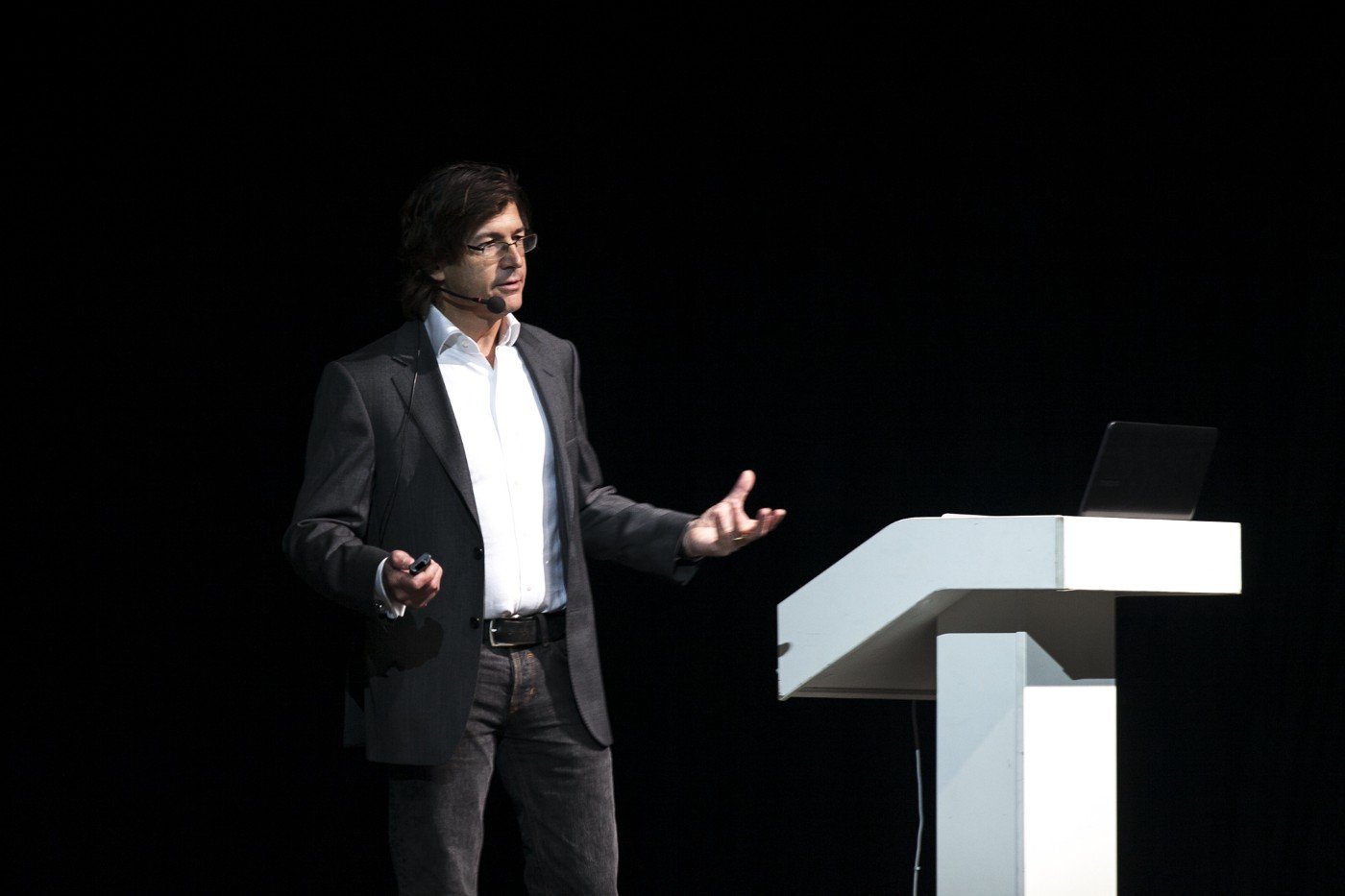 By Fin Strathern | November 17, 2021
Categories: Blockchain, Blockchain Applications, Cryptocurrency, Decentralised Finance (DeFi), Enterprise, Industries, NFT,
Fin is an editor at TechForge Media and University of Bristol graduate. He wields an impressive knowledge of the latest technologies and has interviewed leading industry figures from companies like CBS, Rakuten, and Spotify. You can follow his Twitter @FinStrathern or connect with him at https://www.linkedin.com/in/finstrathern/.

Jackson’s take is a breath of fresh air in a blockchain industry that has become bogged down in use cases that are struggling to find their feet. For years, the ideas of supply chain ledger technologies and pharmaceutical blockchains have sat stagnant in the water waiting to be realised.

As the shift towards decentralised finance (DeFi) and NFTs is starting to show, that realisation may not be coming. Jackson and Concordium see this as a chance to re-envision how we interpret the use cases for blockchain and, crucially, make it work with the permissioned environments of finance, banking, and supply chains.

The Block: Concordium’s board of founders and advisors is something of an all-star panel in terms of its banking and financial background. How does this background differentiate Concordium from other blockchain protocols?

Michael Jackson: We differ in our ideology. Concordium believes that regulation has a purpose in the blockchain space and that it is something we will need to accept. I’ve been actively involved in blockchain since 2013 and I’m a great believer in the financial freedoms that the cryptocurrency movement stands for. However, one thing that cannot continue going forward is the lack of supervision and lack of regulation we are seeing. The global financial system is extraordinarily tightly regulated and if cryptocurrency wants to move into that area then, fortunately or unfortunately, we are going to have to live by those rules.

Concordium was started by Lars Seier Christensen who founded Saxo Bank and launched one of the first online foreign exchange trading platforms in the world, SaxoTrader. Christensen was on a similar journey for financial inclusion twenty three years ago when SaxoTrader first launched into an unregulated area of finance, and now forex trading is a key pillar of banking institutions. We see the same journey happening for blockchain, just as it did in the telecoms industry I worked in for over a decade.

TB: Many blockchain protocols like to market themselves as the successors to traditional finance that will dismantle current systems and usher in a utopian dawn of economic freedom. Do you think these protocols have a place in the future of finance?

MJ: Absolutely. Look at how we are conducting this interview over Zoom. If we went back twenty years to when I was chief operating officer at Skype and our only competitors were phone companies, our original PR was that we were going to destroy the phone industry. If you look around today all those companies are just as powerful now as they ever were and make more money than they ever did.

What did they do? They adapted to selling internet instead of phone minutes. I think we are going to see that same fundamental shift in the financial services industry. We’re probably going to see the same institutions existing in twenty to thirty years, they will just be operating in a completely different way.

TB: With 2021 drawing to a close, what trends has Concordium noticed in the blockchain industry this year?

MJ: The cryptocurrency industry shifted from a slow trickle of adoption in years before to a landslide of financial backing and investment this year. I read an article last week saying that 24% of Nigerians and 10% of Americans own cryptocurrency – that’s too large a percentage of the global population for the financial sector to keep downplaying.

Increased adoption directly translates into the increasingly penetrative nature of cryptocurrency too. C-suite executives in the financial industry aren’t just hearing occasional whispers from their employees anymore; they are seeing their children investing in crypto at home, their employees discussing it, and their reading about the latest regulations in the news each week.

This is really crucial because the more politicians and regulators have to face crypto in their everyday lives the more they will have to come to accept it.

TB: Do you think the blockchain space is an oversaturated market or is there still avenues for start-ups to emerge into the field?

MJ: The current market reminds me of the early days of internet adoption but magnitudes more intense. Anyone with a vested interest in blockchain can’t get through the day without hearing about fifteen new products, partnerships, or possibilities.

This is always going to happen when the world is so large and the barriers to entry into blockchain are so small but there is absolutely still a place for start-ups. If you look at some of the big DeFi projects to have emerged in recent years, like Uniswap for example, their teams aren’t more than a handful of people and they are generating millions of dollars in daily fees. So clearly you can make real traction if you hit the market with the right product.

TB: Concordium sees its mission as being the first blockchain with built-in identification at the protocol level to meet regulatory requirements. Could you elaborate further on the importance of identity for the future of blockchain?

MJ: So just because we are building identification into Concordium does not mean we are anti-privacy. We believe that the parties that are involved in a transaction should know who each other are but no one else should. This means we don’t support anonymity as it isn’t compatible with the need-to-know ideology of the global financial system.

At Concordium we have a unique way of maintaining privacy through the public ledgers of the blockchain but this requires real-world identity verification. We build identity information into users’ wallet addresses in a way that isn’t exposed on the chain and is verified by a third party.

TB: So this integration of a user’s identity to their wallet is unique to Concordium? Or are other protocols managing it?

MJ: Not at the fundamental layer. A lot of networks have tried to build identification into their second or third application layer but they can’t build this into a smart contract at the protocol layer. For example, Concordium’s base layer identification means our smart contracts could be programmed to only function with users that have a British passport if banks wished.

In a lot of ways this goes back to regulations that were put in place to protect consumers through a series of box ticks. So a company could say it only wants people who have received training in derivatives to use its DeFi contract, and through a verification certificate this can all be automatically checked whilst maintaining privacy.

TB: What key challenges will Concordium and the blockhain industry as a whole face in 2022?

MJ: Looking at the industrial side of things, we’ve yet to see these real use cases that have been talked about since 2016 with the supply chain and the pharma chain. All these industrial use cases are still struggling to find any footing.

For companies with real institutional offerings like Hyperledger and to some extent Concordium, going to businesses with these traditional blockchain offerings is going to start to feel outdated. We all heard about it five years ago and it hasn’t materialised so why would it work now, they’ll say. We’re seeing use cases come up from completely different areas through DeFi and NFTs and I think we’ll see something else next year that we don’t yet know what it is.

TB: Looking ahead towards Blockchain Expo Europe, you’ll be touching further on the issues facing ledger technology in the supply chain. Could you introduce some of the ideas you’ll be exploring?

MJ: Its clear at this stage we aren’t doing very well with blockchain applications in the supply chain. The problem stems from trying to shoehorn permissionless technology into extremely permissioned environments. Industries like the pharmaceutical industry are really tightly controlled because they like to be tightly controlled.

The idea of permissionless networks in an industry largely based on intellectual property is never going to take flight. So I’ll be putting that idea to bed and emphasising that we need to start building blockchain ecosystems elsewhere.

Concordium and Michael Jackson will be sharing further insights during this year’s Blockchain Expo Europe which runs from 23-24 November 2021. Find out more about the event here.