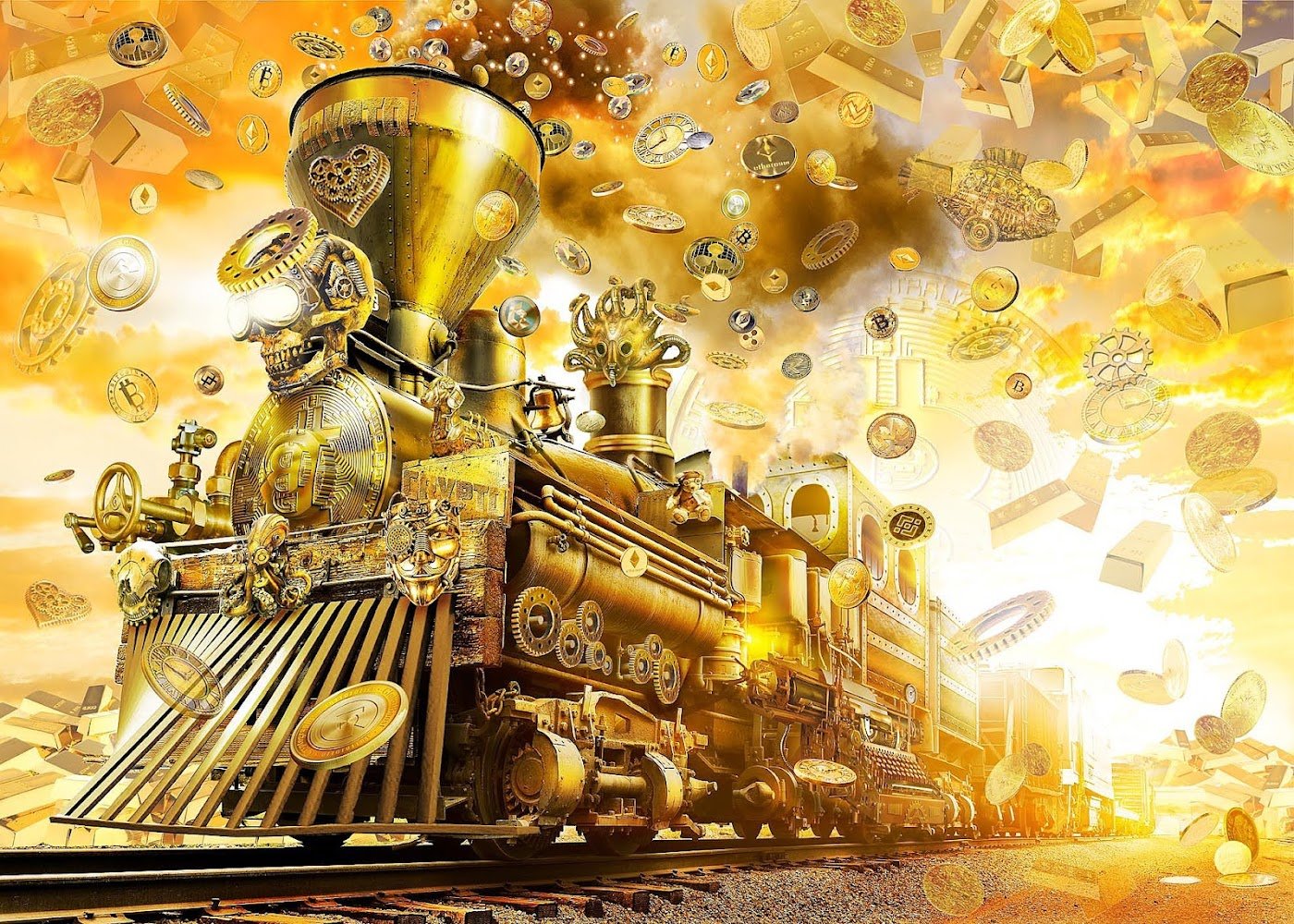 A digital artwork that only exists as a high-resolution file is expected to surpass its reservation price of £120,000 when its auction by Thomas Crown Art is completed.

‘The Crypto Train’ by British artist Adrian Chesterman is said to showcase the parallel between traditional money and cryptocurrencies like Bitcoin.

NFTs are digital collectibles that are encoded onto a blockchain – the same technology on which cryptocurrencies run – creating a unique digital watermark showing ownership and the digital rights to that collectible.

In recent months many major household name artists and musicians, as well as global sports franchises and fashion brands have launched their own NFTs. In April, auction house Christie’s sold a digital-only artwork, and it became the third-most-expensive work ever sold by a living artist.

Stephen Howes, director of Thomas Crown Art, a leading independent international art agency, said: “Even before The Crypto Train went to auction, we received significant offers from serious crypto enthusiasts and Silicon Valley investors who are the ones who currently seem to most understand this exploding virtual investment trend.

“They know – like most major global brands are just now only getting to know – that NFTs are an investment megatrend of the decade.

“This is the next stage in art history and they don’t want to miss out on the early adoption stage. This is why they were expressing keen interest before the auction, probably hoping to bag themselves a bargain.”

This pre-auction interest suggests that the artwork will surpass its £120,000 reservation tag, according to Howe.

“But the interest is not only driven by investment potential. In its own right as a piece of art, it’s a fascinating piece which depicts the never-seen-before battle for dominance between traditional and cryptocurrencies in the increasingly digitalised global financial system.”

Creator of the artwork Chesterman said: “My mission was to create a visual metaphor, which could bridge the historic distance between traditional monetary mechanisms, such as gold and coins, and the new virtual world of cryptocurrency, such as Bitcoin and Ethereum.

“I considered a locomotive to be the perfect vehicle to represent such a metaphysical journey, being as it is a land-based, fast-moving machine that relentlessly pushes in one direction…. forwards. A mechanical beast that is powerful, unstoppable, magnificent, man-made but inherently beautiful.”

Wealth and its material presentments, such as gold, coins, banknotes and crypto, are all functional solely by the consent of society, Chesterman noted.

“They have ‘value’ only by the fact we are all in agreement that they should have value as such,” he continued.

“Therefore, cryptocurrency has the same effective value as any of the others, even gold which of course has no inherent value of its own. We imbued the monetary value upon it, same as banknotes, coins and crypto, by mutual consent.

“This is why the monetary representations contained within the image are semi-transparent and nebulous, here but not here, ethereal but real. For now, anyway.”

Howes said: “Those who knock the idea of art solely in digital form would have been those people who knocked the potential of the internet in the 90s and who would have said Amazon as an online retailer ‘won’t catch on’ in the 2000s.”