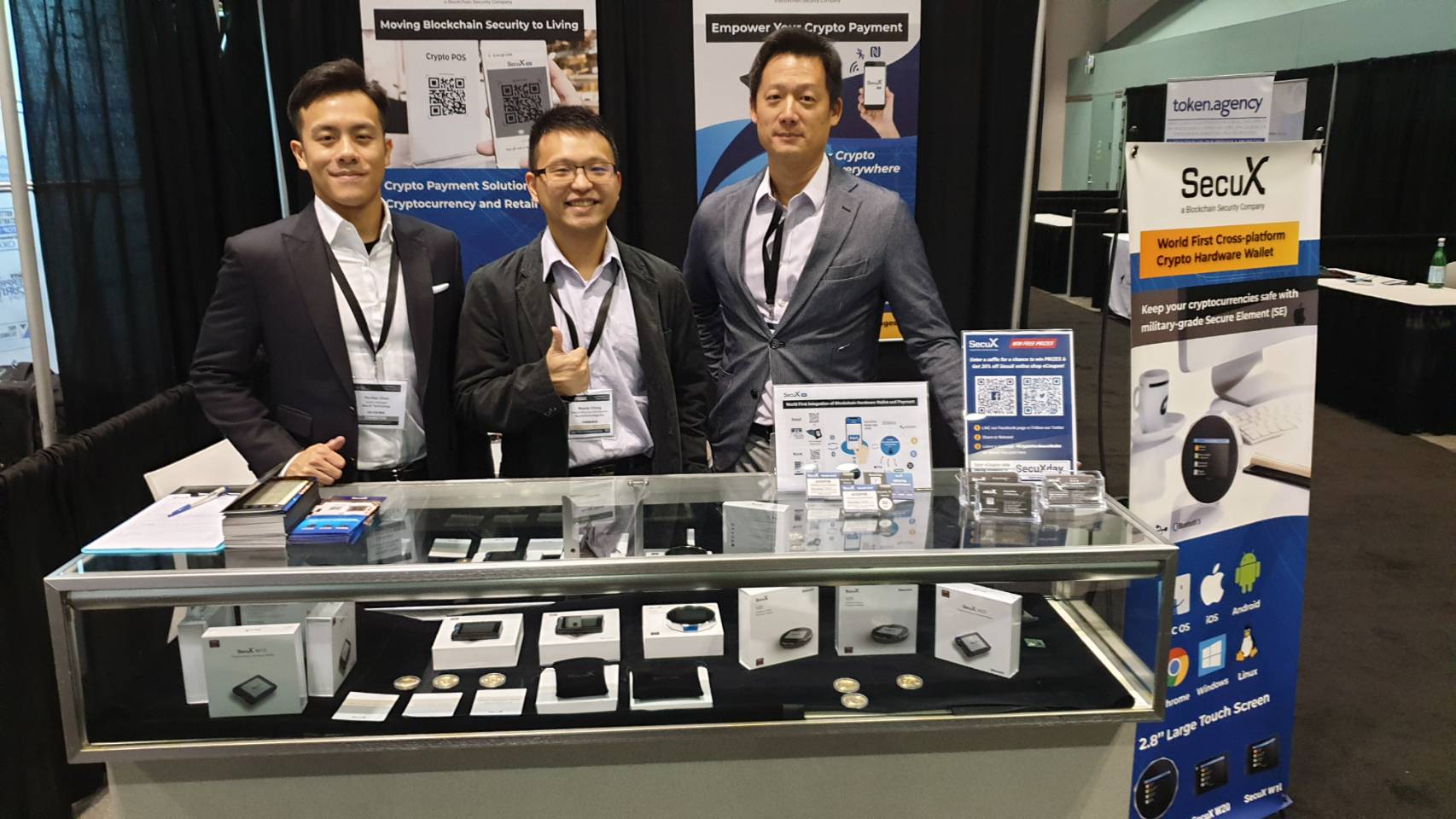 By James Bourne | November 14, 2019 | TechForge Media http://www.cloudcomputing-news.net/
Categories: Cryptocurrency, Payments,
James is editor in chief of TechForge Media, with a passion for how technologies influence business and several Mobile World Congress events under his belt. James has interviewed a variety of leading figures in his career, from former Mafia boss Michael Franzese, to Steve Wozniak, and Jean Michel Jarre. James can be found tweeting at @James_T_Bourne.

Meet SecuX. The company, a provider of blockchain-based security solutions based in Taiwan since 2018, has expanded its offering with the launch of a cryptocurrency point of sale (POS) payment ecosystem.

The launch, which was made exclusively at Blockchain Expo North America yesterday, means the company moves beyond its previous product line around hardware wallets. Attendees were able to see a demonstration of the POS system and how users can pay using the app on either vending machines or through physical stores.

Demonstrations of the V20, W20 and W10 wallets were also available, with the V20 wallet being praised by Crypto Renegade in an October review for its build quality, security and support functions.

Of the various aspects of SecuX’s hardware which stand out, screen size is the most important to the company. “We would like a build a user-friendly bridge for every cryptocurrency user on blockchain to enjoy the most convenient and safe experiences on the storage of their valuable crypto-assets,” a spokesperson told The Block. “That is why you may see the design of the wallet – in terms of creating the account and doing the transactions – is very straightforward, simple and intuitive.”

The company claims to be the first to integrate the separate areas of cryptocurrency storage and payments with hardware wallets and brick and mortar POS terminals. Of the collection of products there are five classes in total; the P20 payment terminal, the M20 payment module, a merchant payment app, merchant payment hub, as well as the three wallets.

The company has seen solid traffic at the Blockchain Expo show, particularly noting the US as a key area for thought leadership and expansion. “We really look forward to meeting the potential partners who may align with us and endeavour mutual collaborations for a new and beneficial era,” the spokesperson added.