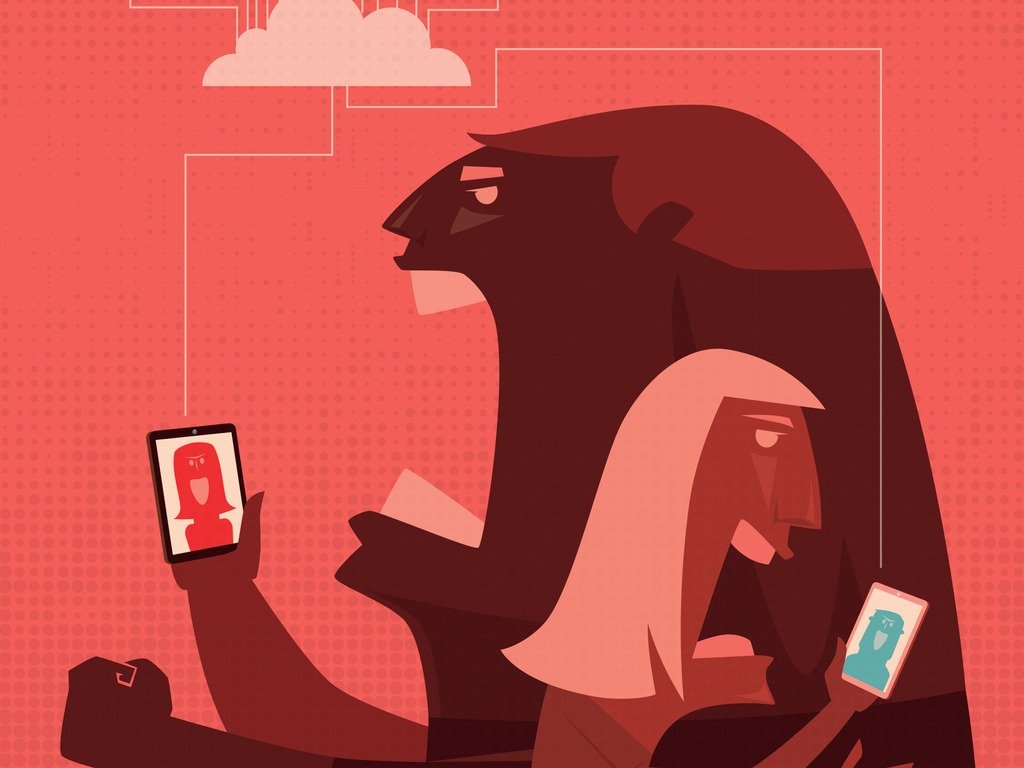 By James Bourne | April 4, 2019 | TechForge Media http://www.cloudcomputing-news.net/
James is editor in chief of TechForge Media, with a passion for how technologies influence business and several Mobile World Congress events under his belt. James has interviewed a variety of leading figures in his career, from former Mafia boss Michael Franzese, to Steve Wozniak, and Jean Michel Jarre. James can be found tweeting at @James_T_Bourne.

In March 2018, Deepak Seth wrote an article for CIO.com exploring whether users should get royalties for their ‘digital exhausts’ – the trail of data we provide for a multitude of services owned by the tech giants. Seth cited the Facebook and Cambridge Analytica imbroglio, as well as the then-upcoming GDPR legislation, as a potential tipping point.

“Everyone knows at the back of their mind that given the multi-billion dollar revenues these companies are generating, nothing is actually free,” wrote Seth. “Organisations have been mining exhaust data… for use in developing new products. Such by-products, for instance, allow credit card companies to monetise transactional data from cardholders by analysing and selling [this] data to merchants.

“But since then the exhaust has amplified – all of our actions are generating digital exhaust,” Seth added. “In fact, I would say companies like Facebook and Google are in the business of monetising digital exhaust – and that’s not a bad business to be in per se.”

The recent release of The Age of Surveillance Capitalism, authored by Harvard Business School professor Shoshana Zuboff, has pushed this theory further forward. Zuboff had originally espoused the theory of ‘surveillance capitalism’ in 2014, but speaking with the Harvard Gazette earlier this month, it became apparent her fears had started well before then.

“The early indications were that the people framing that first generation of eCommerce were more preoccupied with tracking cookies and attracting eyeballs for advertising than they were in the historic opportunity they faced,” said Zuboff. “For a time I thought this was part of the trial and error of a profound structural transformation but, certainly by 2007, I understood that this was actually a new variant of capitalism that was taking hold of the digital milieu.

“The opportunities to align supply and demand around the needs of individuals were overtaken by a new economic logic that offered a fast track to monetisation,” Zuboff added.

Many more are following Zuboff’s lead and are having their doubts over the current top-heavy ecosystem. Jamie Burke (left) is the founder and CEO of Outlier Ventures, a company which aims to provide ‘venture capital for the decentralised future.’ His bet is that tokens can be “coordination mechanisms for distributed systems”, as well as provide an improved way to raise capital. What’s more, it can be a way to solve the long-standing issues of surveillance capitalism.

“The reality is that the whole model of the Internet everywhere, from China to America, is now oriented around getting you to do stuff that produces a surplus of behavioural data that is then packaged and sold to advertisers or government agencies, in the case of China, to predict behaviour,” Burke tells The Block. “[This] is essentially sold back to you in the form of getting you to do stuff, buy stuff, watch stuff, whatever.

“It didn’t use to feel that weird when it was just to serve you a better advert,” he adds. “But increasingly now Alexa’s in your home, these things are being fitted into your cars, your phones, pretty much with you every waking hour. All of these services [are] close to the point of being free or affordable because they are hoovering up ambient data. Nobody knows what happens with that data, but it’s controlled by a handful of monopolies.”

It’s a common refrain – if the product is free, then you are the product. A recent report from Barclays explored marketing agencies’ relationships with what it called the FAANGs (Facebook, Apple, Amazon, Netflix and Google) of the world. The advice was simple: stay close enough to them to keep warm, but don’t go so close that you get burned.

Burke sees it as a systemic failing of the current web models. “Currently the Web, and arguably the Internet more generally, has no real rules,” he explains. “It’s effectively governed by social contract, and that was a design choice made by the hippies on the West Coast who were coming out of developing internet and web apps in academia – and whilst it was this very small group of very similar people, social contract was enough to mean that you didn’t need an identity or reputation layer.

“The consequence to that is there was this evolutionary niche that got filled by a more virulent form of libertarian capitalism,” Burke adds. “Now we’ve got these very centralised platforms that became as gatekeepers – to identity and stuff like that – data monopolies and, subsequently, AI monopolies.

“Ironically it’s called the social web, but it’s much more of an anti-social web.”

So what can be done to stem the tide? Outlier Ventures, and Burke’s modus operandi, is based on two ideas; that of convergence, and of Web 3.0. In certain ways, the two overlap. Outlier’s stable of companies have a shared focus on the coalescence of emerging technologies; IOTA for instance focuses on distributed ledger technology for machine to machine communication fusing blockchain and IoT, while Fetch.AI brings together machine learning and DLTs in an attempt to create a ‘decentralised digital world in which useful economic activity takes place.’

Blockchain technologies – specifically tokens – are at the heart of this, as Burke explains. “We’ve made several investments and effectively they all occupy different layers of this stack of technologies,” he says. “They have high degrees of synergy and they’re actually beginning to be integrated and used in combination by our collective enterprise network.

“Most people think that the success of crypto assets and DLT is whether people knowingly accept a new form of money in the form of digital money. It’s not dependent upon that at all”

“At the heart of that technology stack is distributed ledger technology in concert with tokens as coordination mechanisms for these distributed systems,” adds Burke. “For us, tokens are a foundational component of how we bootstrap and coordinate these networks in a decentralised way. That doesn’t mean we don’t think there’s a plan for permissioned and untokenised systems, but we think that the unpermissioned tokenised networks are going to be the global public utilities that will enable the large majority of economic value to be generated, transferred and traded.”

As for Web 3.0, Burke notes on his LinkedIn profile that he aims to build it ‘one protocol at a time.’ It’s a building job heightened by the ever-increasing ratio of machine to machine communications today compared to their human equivalents. “I always say that if you think about what the Internet is today, there are more devices connected to the Internet than people, and that’s at an accelerating rate – so increasingly people will become a smaller part of the population,” says Burke.

“When we’re thinking about Web 3.0 and these new emergent protocols enabled by DLT and crypto assets, what we should be talking about is [this] focus – protocols that enable the machine to machine economy and the agent to agent economy,” he adds. “Peer to peer is not person to person – it’s person to machine, to agent, in any kind of combination.”

It is this seamless communication which Burke believes will be the lasting benefit of blockchain. “It’s understandable, but most people think that the success of crypto assets and distributed ledger technology is whether people knowingly accept a new form of money in the form of digital money – and actually it’s not dependent upon that at all,” he says.

“I think the large majority of economic value will take place invisibly to the average person, much in the same way that HTTP or SMTP [Simple Mail Transfer Protocol] works,” Burke adds. “It just works and the end user won’t have to think about converting currencies in their head. Those are the coordination mechanisms that happen behind the scenes – and that’s where the real potential is. That’s where we’re going to see most adoption.”

The future of forming identities

Seth’s 2018 prediction also found blockchain as a potential solution to the ‘digital exhaust’ problem, citing the music industry as a suitable analogy. “The blockchain format can embed all the necessary accounting, usage rights, and creator credit information right into the song file itself,” he wrote. “All digital exhaust ‘transactions’ for a person can be tracked in a blockchain ledger and royalty revenues across in a cryptocurrency.”

The Sovrin Foundation, an association which aims to govern the world’s first self-sovereign identity network, is another company in Outlier’s stable – and the parallels can be seen in terms of trying to own a digital identity. “If you can have a form of identity for everything that it manages itself, but that can function in what is a zero knowledge-proof environment, if somebody or something wants to verify something about that identity it can do so but revealing as little as possible,” says Burke. “Effectively that will enable an identity layer for everything that wants to engage on the Internet.”

Burke speaks at various events – one of his next appearances is at Blockchain Expo in London on April 25-26 – and the importance of getting this message across is clear.

“Generally, it’s to challenge the assumption of what Web 3.0 is and what success looks like for it,” he says. “This is not just about digital currencies being adopted by people, but it is about an emerging stack of open internet protocols that are going to fundamentally rewire not only the web as it is today, but also enable entirely new forms of economic activity for machine to machine and AI.”

Jamie Burke is speaking at Blockchain Expo Global taking place in London on April 25-26. To find out more about the event series, please visit here.

2 comments on “Jamie Burke, Outlier Ventures: On the ‘anti-social web’ and how tokens and convergence can provide the answer”