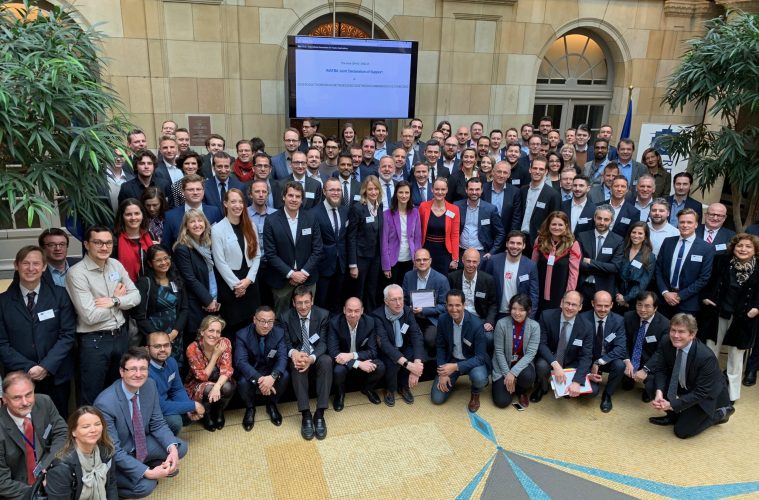 By James Bourne | April 8, 2019 | TechForge Media http://www.cloudcomputing-news.net/
James is editor in chief of TechForge Media, with a passion for how technologies influence business and several Mobile World Congress events under his belt. James has interviewed a variety of leading figures in his career, from former Mafia boss Michael Franzese, to Steve Wozniak, and Jean Michel Jarre. James can be found tweeting at @James_T_Bourne.

The International Association of Trusted Blockchain Applications (INATBA), comprising more than 100 organisations across the distributed ledger technology ecosystem, has launched with the goal of ‘developing a predictable, transparent, and trust-based global framework.’

The launch, which took place at the European Commission headquarters, revealed strong support from various stakeholders across the ecosystem. Alongside the Commission, some of the firms that had joined the governmental advisory board of INATBA included the OECD, the World Bank, the European Bank for Reconstruction and Development, the UN World Food Program, and UNICEF.

“Blockchain has the potential to make products, processes, and services more trusted, transparent, and traceable and thereby stimulate new business models which can contribute to sustainable economic growth,” said Joerg Walden, CEO of iPoint and co-founder of startup CircularTree. Mariya Gabriel, European Commissioner for the Digital Economy and Society added: “It clearly signifies that blockchain technology will be a driving force for our economy in the coming years, and through INATBA we will be able to foster an environment that encourages the application of the technology across the EU member states.”

The BBVA was one of the first five banks that were invited by the European Commission for the launching ceremony just because of its vast experience in the usage of blockchain and distributed ledger technology. When it comes to the energy sector, Siemens’ Divisions Energy Management and Power Generation Services announced the joining of Energy Web Foundation in order to boost the development of blockchains that would benefit the energy industry.