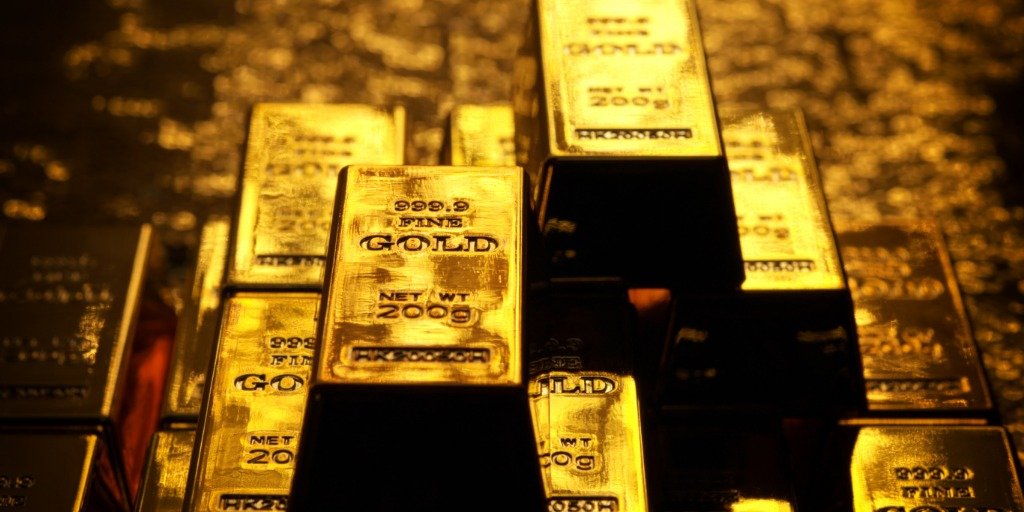 Over the past ten years, the world tumbled into and subsequently climbed out of one of the worst recessions in modern history. Several factors contributed to this recovery, and all of them were positive. The housing market began gaining steam, unemployment numbers dropped steadily, and, perhaps most prominently, the stock market surged. As CNN Business recently noted, “Stocks hit their bottom in March 2009 and have been climbing for more than nine years. The S&P 500 has more than quadrupled.”

However, after years of consistent growth, the stock market has shown more turbulence in recent months, and the latest market pullback caused many to question if the impressive nine-year bull run was finally coming to a close. As a result, gold markets are, once again, surging. In October, the S&P 500 is down more than 4% while gold futures are up around 3%. In addition, stocks for gold mining companies have risen sharply in recent weeks as investors expect their revenues to rise alongside the new enthusiasm for gold.

Gold is the ultimate safe-haven asset, and its popularity is extremely predictable. When markets are flourishing, investors pursue more ambitious investments like stocks that offer more growth potential than gold, but stocks also include an inherent downside because they are more volatile. Meanwhile, during this most recent bull run, investors pursued cryptocurrencies, an erratic investment with extreme boom and bust potential. As the recovery expanded so did general awareness of and interest in cryptocurrencies, eventually pushing the collective crypto market cap to nearly $800 billion by the end of 2017.

Certainly, some of these investors believe in the initial purpose of digital currencies, to provide a digital medium of exchange that prioritised privacy, security, and convenience. As markets began to climb, many more purchasers saw bitcoin and other cryptocurrencies as speculative investment capable of providing significant returns.

In fact, many pundits and economists, including Noah Smith, an assistant professor of finance at Stony Brook University and contributing writer for Bloomberg, believe that bitcoin more closely represents a digital version of gold than a usable currency like USD. In comparing bitcoin to gold, Mr. Smith argues, “Bitcoin’s market capitalisation remains substantial, and it rises in value over time, occasionally experiencing large bubbles and crashes.”

To be sure, this assessment has some merit, and bitcoin is undoubtedly easier to store, track, and transfer than physical gold. Of course, Mr. Smith’s argument and others like it are less compelling now that bitcoin’s value had dropped and stabilised, making it appear more like a currency than a digital speculative commodity.

While bitcoin and a collection of other coins attract much of the attention from investors and fans, the crypto economy is actually incredibly multifaceted and diverse, bringing a digital expression to many types of investment opportunities.

This is especially prescient for the rising gold market, which deals in one of the most antiquated but reliable expressions of value. For example, while it’s incredibly easy to attain gold – interested investors can purchase it anywhere from a corner store to a vending machine – storing and selling physical gold for a profit it much less convenient. Although it’s likely that some gold owners possess storage facilities capable of securing a bounty of gold bars, most investors choose to house their gold with an intermediary, creating an investment ecosystem that reduces profits and lessens the convenience and possibility that could accompany gold investments.

Digital gold for the digital age

To remedy this, another expression of cryptocurrencies, asset-backed tokens, maintains the efficacy of gold investment while also offering the practicality of digital currencies. With asset-backed tokens, the value of a particular digital currency is directly correlated with the value of a real-world asset like cash, real estate, or, in this case, gold.

In other words, investors can purchase asset-backed tokens that truly function as digital gold and that include all the accompanying features of cryptocurrencies including security, verifiability, transferability, and ease-of-use. For many investors, this arrangement also provides added flexibility in purchase amounts and methods.

Perhaps most importantly, gold-backed digital tokens provide a degree separation from the institutions and organisations that caused so much damage in the previous recession.

After the last recession, which was primarily caused by the misdeeds of the financial elite and was exacerbated by the willful economic policies of central governments, many investors are looking for something different this time around. The cryptocurrencies movement, with its inherent decentralisation and autonomy from any central government or banking infrastructure, seems like a natural next step for investors.

Right now, the economy is humming along, but the next recession is somewhere up ahead. As the metrics show, gold sales are already picking up, and, as more volatility is injected into other markets, gold sales will likely increase. This time investors can take a digital approach to procure their gold investment, and plausible that many will since asset-backed tokens pegged to the price of gold combine the historical safety of gold with the efficiency of digital currency.

While nobody knows exactly what the next chapter of the financial narrative will be, it will almost certainly be more digital than the previous one.