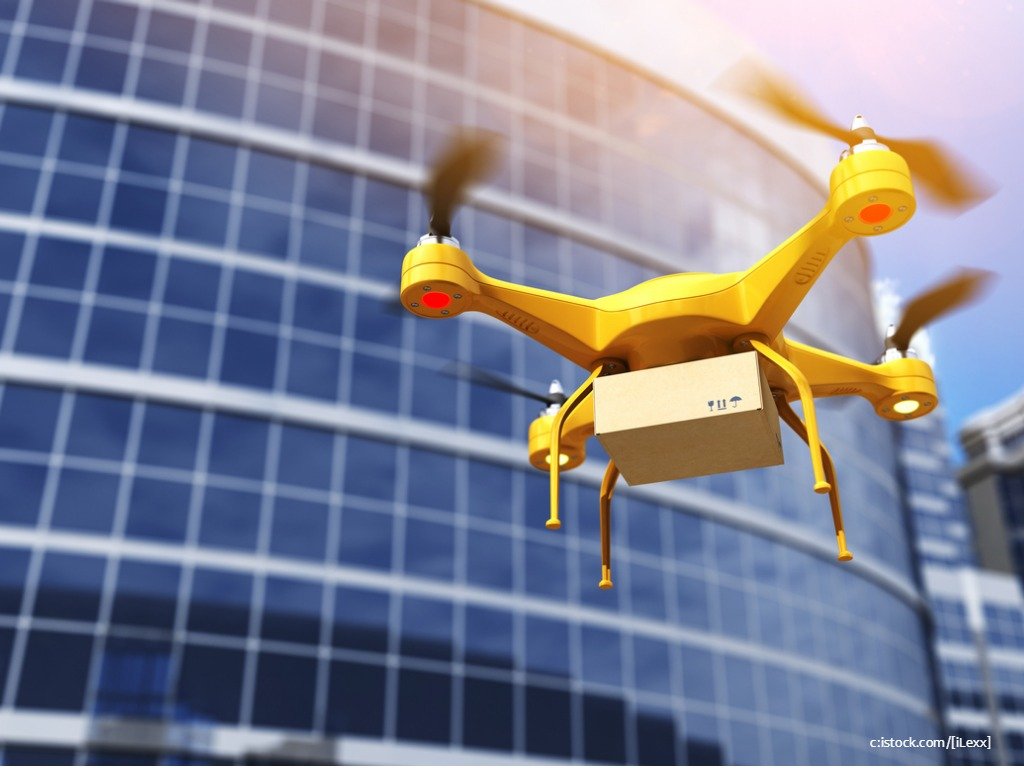 It seems the sky’s the limit when it comes to blockchain applications, and one company, in particular, has taken that concept quite literally.

Enter Geeba, a Qatari-founded, Rotterdam-incubated delivery startup that wants to “disrupt the economy of local deliveries” by turning to the unlikely combination of blockchain, droids, and drones.

Beginning as a joint venture between Doha-based autonomous vehicle logistics company Airlift and n-Gon, a company specialising in applications for UAVs (Unmanned Aerial Vehicles), the newly-formed Geeba turned its hardware and experience to ‘last-mile’ deliveries, the final leg of the delivery process where a package is taken from a central hub to the consumer’s door.

According to the group’s founder and MD, Amr Abdelhady, it’s a space dominated by “a few big sharks” who often rely on local subcontractors at the expense of both time and money; to counter this, Geeba wants to create a community-driven network of “decentralised” distribution hubs within its key areas of operation.

The owners of these ‘Smart Hubs’ are incentivised by a portion of delivery fees and each one will serve as a local base for a delivery fleet (drones or droids, depending on the locale and terrain), with the entire transaction – from the order, confirmation and verification of delivery – recorded and stored on Geeba’s own blockchain.

To get the low down on Geeba, who it views as competition and when it plans to go live, The Block caught up with Abdelhady at Blockchain Expo Europe last week, with the full interview available to watch below.