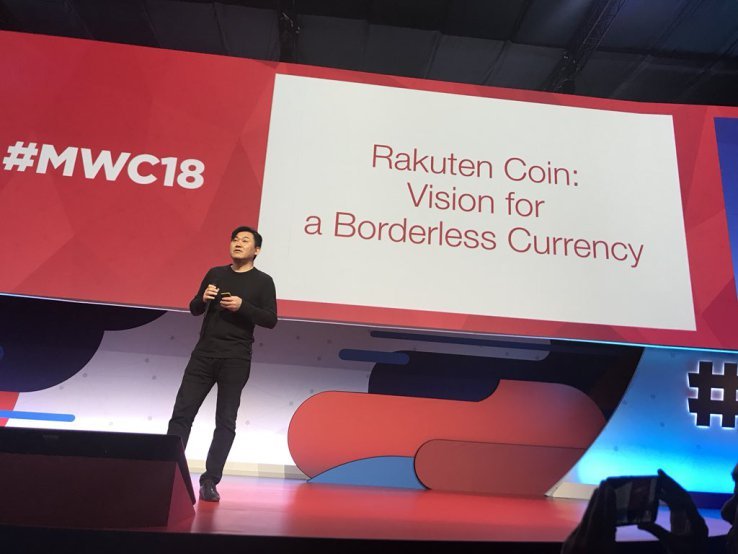 Rakuten founder and CEO Hiroshi Mikitani took to the stage at this year’s Mobile World Congress (MWC2018) to announce that the company will be launching its own digital token.

The Japanese company is one of the largest ecommerce sites in the world and one of Amazon’s largest rivals. The company brought in a reported $8.8 billion in 2017. The company intends to use a blockchain-based cryptocurrency to underpin their existing loyalty rewards system.

Mikitani made the announcement during his MWC2018 keynote presentation on Monday.

The new token, called the Rakuten Coin, could prove to be a major differentiator between the Japanese company and its main rivals, principally Amazon, Alibaba and eBay.

During his talk, Mikitani said:

“Basically, our concept is to recreate the network of retailers and merchants. We do not want to disconnect [them from their customers] but function as a catalyst. That is our philosophy, how to empower society not just provide more convenience.”

The new coin will be embedded within the company’s Super Points loyalty system, which according to the company has brought in $9.1 billion in value for customers.

The announcement does not represent Rakuten’s first dabble into the blockchain space. In 2016, the company bought bitcoin wallet startup Bitnet. In the same year, the company launched the Rakuten Blockchain Lab, which focuses on the technology and its applications in fintech and ecommerce.